The American Equity & Justice Group is the non-profit team behind the dashboard.

The American Equity & Justice Group is the non-profit team behind the dashboard. Led by founder Anthony Powers, it is supported by a team of individuals with expertise in technology, data, criminal justice, business metrics, and legislation.

Anthony Powers is an experienced, inclusive, and inspirational leader, helping people to forge positive futures, and organizing people to work towards more equity in the justice system. He founded the American Equity and Justice Group to make data more available and useful, helping decision-makers understand the fairness of policy and sentencing decisions and ultimately improve equity in the justice system.

Kim Gordon is a strong and dedicated advocate for people involved in federal, state, and misdemeanor courts. Through her courtroom advocacy, assistance to clients, policy and legislative work, teaching, and mentorship, Kim has changed lives. Kim was a key legal advisor to all Hackathon projects and currently serves as the founding President of the American Equity and Justice Group.

Jacquelyn Krones is a founding member of AJEG and the board's Vice President. She also volunteers with Seattle Clemency Project and recently supported a client in gaining his early release after serving a very long sentence with no possibility of parole. Her background in psychology and technology led to her groundbreaking work in how to responsibly develop artificial intelligence at Microsoft, after a long career in technical project management, customer research, and strategy development.

Kate Sigafoos is a former Kitsap County Prosecuting Attorney and Pro–Tem Judge, who now works with Microsoft as an employment lawyer. She was instrumental to the success of the 2020 Hackathon as she provided legal advice and bridged the gap between the worlds of criminal justice and technology. As American Equity and Justice Group’s founding Secretary, she continues as an instrumental part of the team.

Anand Gupta is a Senior Patent attorney at Microsoft. He also has expertise in Intellectual Property, Outlook, M365 Core, Substrate/Leadership. After using his leadership skills to coordinate meetings with valuable stakeholders during and after the 2020 Hackathon, he became American Equity and Justice Group’s founding Treasurer.

Abron Arrington is a change maker, the founder and CEO of Imhotec Geo Engineering, Imhotec Bio Engineering, and Geoclipse LLC (Renewable Energy System), and the inventor of the patented A-Wall flood mitigation system, the patent pending Eclipse renewable energy system, and the ATIEM microbial treatment system. He was incarcerated 30+ years for a wrongful conviction before receiving a rare immediate clemency from Governor Polis in 2019. He is also a Care Manager at the Second Chance Center.

Alexandria “Ali” Hohman joined the Washington Defender Association in the spring of 2020 as their Director of Legal Services. Previously, she worked in criminal law and family defense throughout Washington State, and served as the sole law clerk assisting Skagit County Superior Court's judges.

Chris Zachary is a former US Marine Corps AV-8B Harrier jet pilot who flew 180 combat missions before receiving his honorable discharge. He then obtained his MBA from the University of Washington and now has over a decade of experience combining data with scalable business processes. He currently works at Amazon as the Head of Sports Business Operations and Business Intelligence for live sports on Prime Video.

Julius Lang is an experienced lawyer and community organizer with a passion for criminal justice reform. Julius served at the Center for Court Innovation for 24 years as Senior Advisor and Director of Training and Technical Assistance, responsible for leading the agency's community justice consulting services for jurisdictions around the nation and internationally. He is a graduate of the University of Pennsylvania and the Villanova University School of Law.

Maia Johnson is a Product Owner at Intel Corporation where she is responsible for Intel's Support web applications. Maia began her career at Intel over 20 years ago as a Software Engineer where she developed software applications supporting Intel's graphics driver development. Maia then transitioned into management where she led a team of Software Engineers responsible for developing tools to support the process of releasing software to Intel's customers. Maia enjoys volunteering at elementary schools teaching children the importance of achieving a STEM education. She also volunteers at the local Women's Empowerment center teaching computer classes to women who are experiencing homelessness.

Nick Allen is the Policy and Advocacy Director at Group Health Foundation (GHF), a 501(c)(4) philanthropic organization committed to partnering with communities across Washington state to transform the balance of power to ensure equity and racial justice in Washington and beyond. Prior to joining GHF, Nick practiced law for over a decade at Columbia Legal Services (CLS), where he engaged in systemic advocacy on behalf of people in Eastern Washington jails and prisons, including serving as the Deputy Director of Advocacy for CLS’s ending mass incarceration work.

Special thanks to Microsoft Hackathon volunteers

These passionate volunteers continue to support this project and are committed to increasing the adoption of the Equity Dashboard by those in the criminal legal system nationwide. 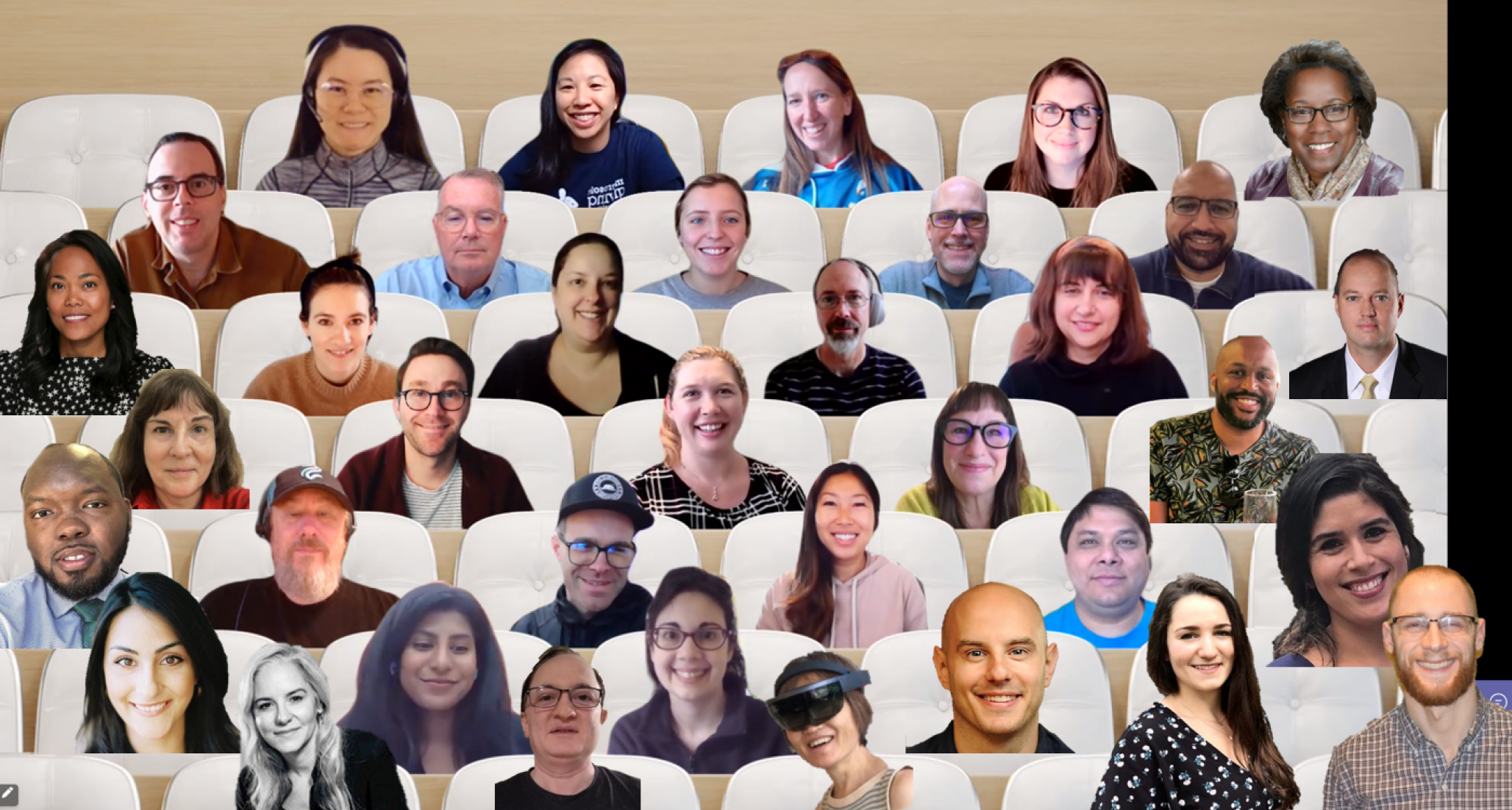 See the impact
Use the Equity Dashboard